Mitchell was a person I didn’t even know existed until I watched the King of Kong Documentary.

His name has been wiped across the board of all these world records at Twin Galaxies and more.

Billy Mitchell from what I can tell is actually good at video games. Most of these records are from the 80s which he was younger and not running a full-time business.

In 1982 he was the first person to reach the kill screen on Donkey Kong. So, he does have kills so why did he all of a sudden decide to cheat?

In King of Kong, you can tell that Billy Mitchell has a huge ego because he has world records.

Answering the phone and saying World Record headquarters you can just tell his head is about to explode from being so large.

I’m pretty sure the documentary was trying to portray him as the bad guy.

From what I can tell other than him cheating on recent video entries for high scores he doesn’t seem to be.

Billy Mitchell claims he has never used MAME (Multiple Arcade Machine Emulator) which you can install on a computer and run the ROM files to replicate the arcade machine.

What benefit could this even have? Being a computer you can install other programs that could “Assist” you during runs or even slow down the game so it would be nearly impossible to mess up.

How he was caught was MAME loads images different than the actual arcade cabinet. Putting the loading screens side by side, you can clearly tell he submitted his tape and was playing on MAME.

To make things even more interesting, you can actually play on MAME but you need to state that you did. The fishy part though is that sound is cropped out in weird spots, whenever his score hits over the 1 million mark the tape does something even fisher and looks edited in almost. 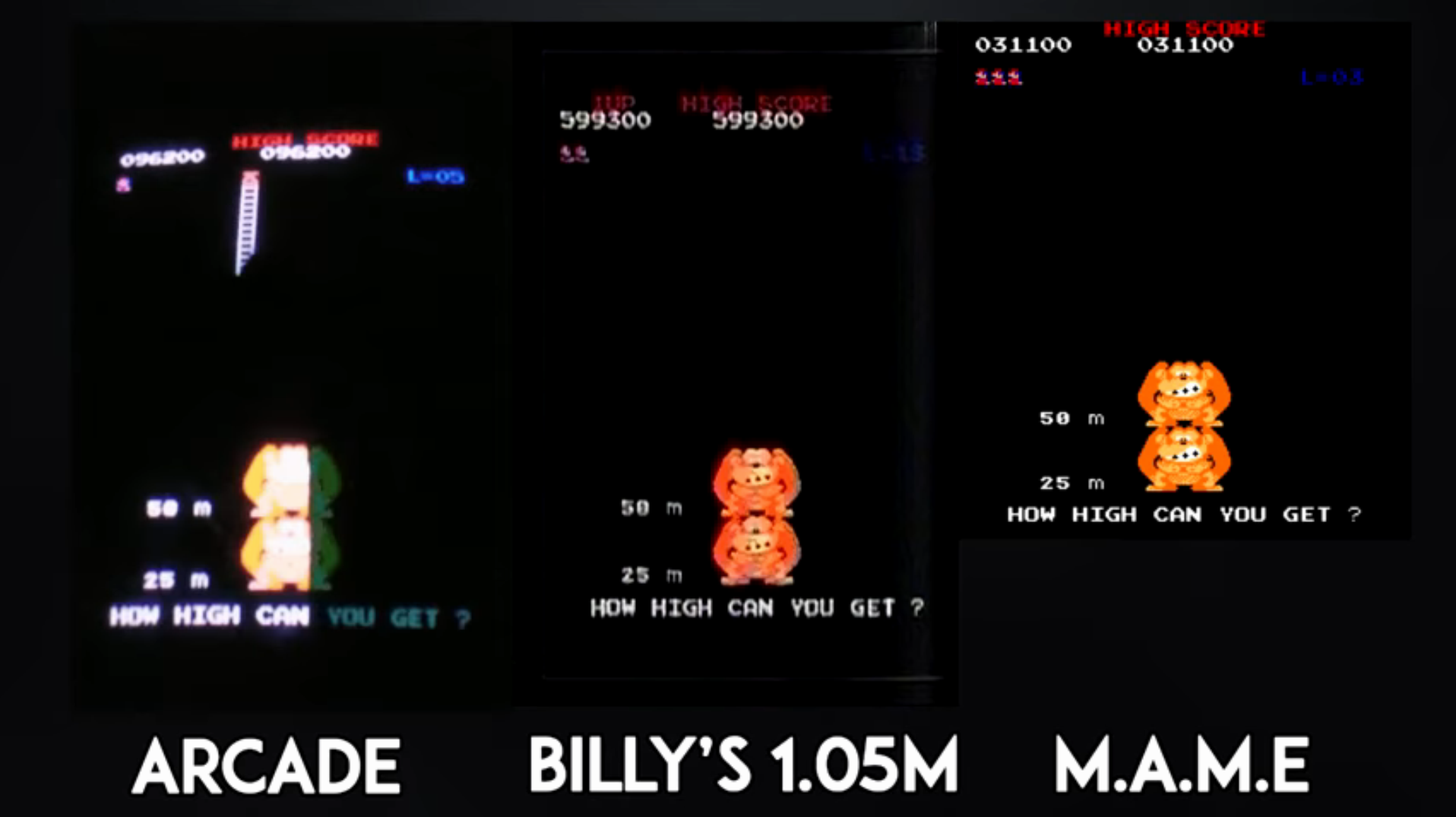 Billy says he didn’t cheat and he is going to prove it. I find this even more interesting than ever before!

Clearly, he has talent as his old score still exists but his 1 million scores are now tainted until he proves himself in front of everyone. Will he actually redeem himself?

I guess we will see, If I’m telling the truth I kind of want him to be a legit player.

Why did he use MAME and lie about it?

Did he get caught up in his real life business?

Competitive gamers practice at least 6 hours a day, I’m sure with a business to run that was not easy.

I can barely 2-3 hours a day to play a game let alone 6 hours straight!

There are now talks of the King of Kong 2. A second Documentary hopefully Steve Wiebe and Billy Mitchell will both be in it again.

I can’t wait for the following months to see what happens.

Billy Mitchell since this was first posted has been streaming on Twitch. He has been breaking 1 Million Points pretty consistently on Donkey Kong arcades. All live, with an audience with a mic and camera.

In my eyes, he has redeemed himself and proven that he is a very talented professional gamer with tons of interesting stories. I’ve tuned in multiple times and he is always friendly to me and answers awesome questions whenever he has the time.

Like I’ve said before, people have watched him live before. I’m not sure what the video he submitted was about. But he clearly doesn’t have to cheat to achieve a high score on Donkey Kong.

Will Billy Mitchell ever return to the #1 spot on Donkey Kong? Will, they even allow him to put his name back on the books?

As far as I am concerned he has proven himself over and over again in the last year. It’s clear that whatever happened in the past was a mistake or something. Billys name should and will be remembered for being a great arcade player.