Death of the Wii U

As I started hearing about the Death of the Wii U, I stumbled upon an article today that said Nintendo has let the signal go that the…Wii U is officially dead!!

This means that The Legend of Zelda, Breath of the Wild will be the final game coming out for the system.

Everyone believes that the Wii U was an extreme failure. Me myself, it’s been the best console out to date, if you are just looking for fun games to play.

So what really went wrong? Why didn’t it sell? Also, a minor Review of the system as I’ve had it from the start of its life! 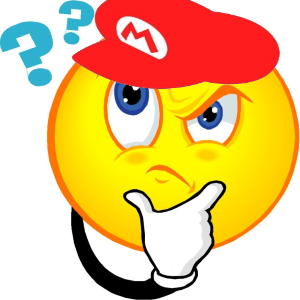 Why did the Wii U Die?

I’ve read tons of articles, listened to podcasts on it, I own one. But, from what I’ve come to discover is that unless you are a gamer, you probably didn’t really know what the “Wii U” was.

The name was awful, to begin with, and caused confusion, a lot of consumers had already purchased the “Wii” why did the need the extra “U” part to play Wii Sports? Launch titles were pretty bad horrible 3rd party support.

Which bring me to my next point, developers had a HORRIBLE time trying to program the game-pad portion, they didn’t know how to port anything over, didn’t really know how to incorporate the game-pad into its game.

So with no 3rd party support and an atrocious name, it pretty much killed it from the get-go.

The Wii U is a GREAT system, though, Collecting Amiibos and watching some of the extra stuff that brings to games is great to watch, my son which is 4, LOVES the Wii U he literally sprints up every morning to play it. To play the latest Mario game or Super Smash Bros. 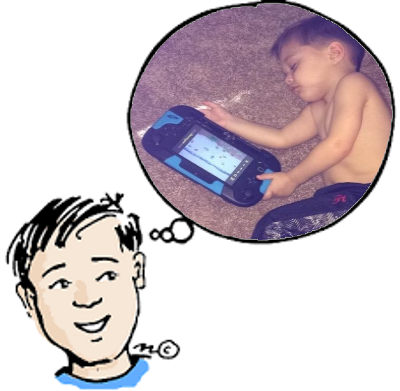 Long morning of creating his own Mario Maker levels with a click of a button was awesome to see. I really hope they bring Mario Maker to future consoles.

There are some games I have listed below that are good Nintendo Wii U games for 4-year-olds as this is how old my son was whenever he was experiencing the wii U.

How I will Remember the Wii U 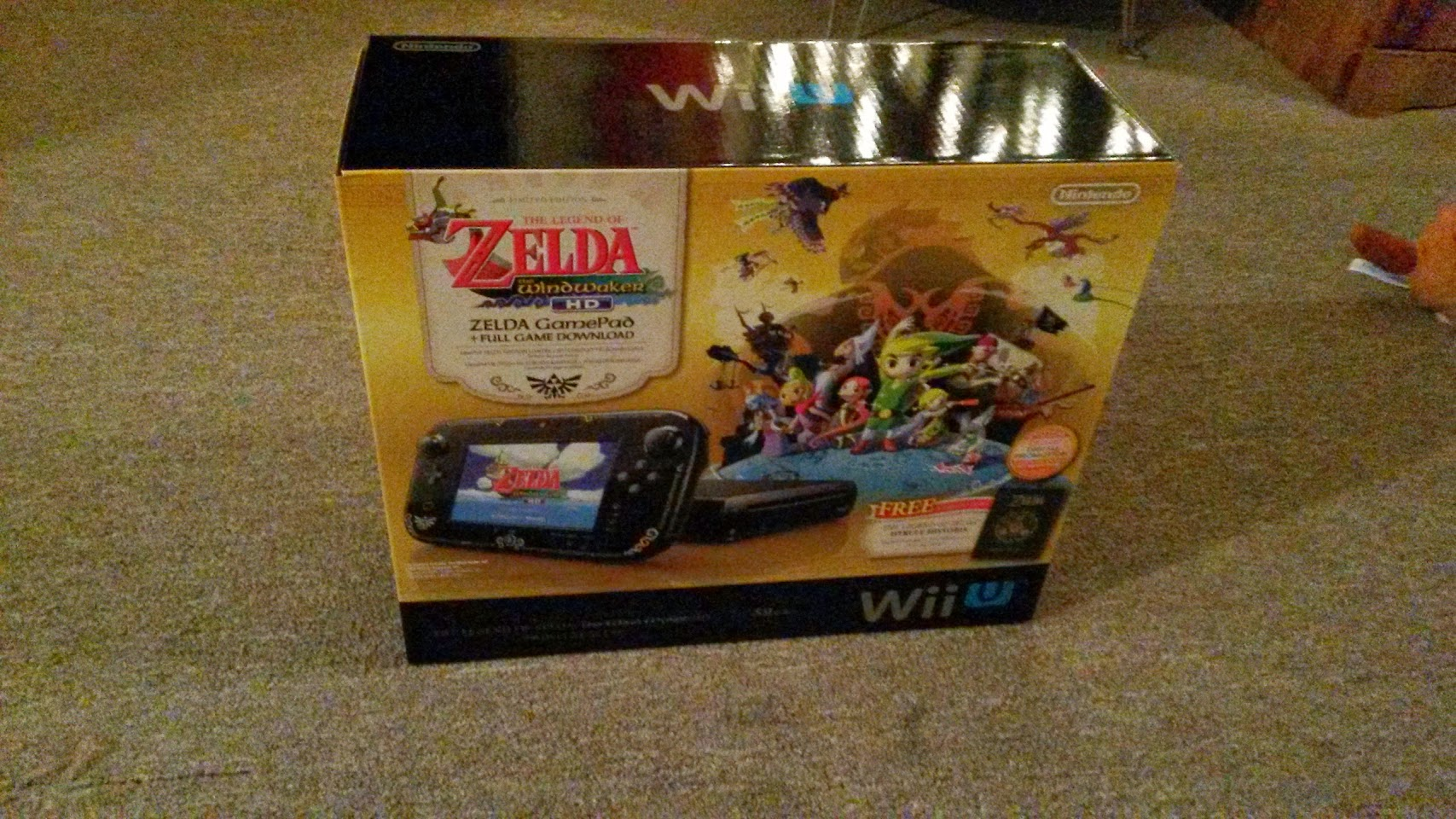 The Wii U is pretty sentimental to me. It was at a time I had just gotten married, was barely making any money at the time, I had just had a kid, was barely paying the bills. I decided I would get a 2nd job on the weekends so I could afford Christmas presents. The job was a little-known place called “Amazon”. It was a warehouse job in Lexington KY, this was a huge, huge place filled with tons of stuff people regularly ordered online. The best way to describe my position was that I would gather stuff in a tote. While pushing a buggy around with Wal-Martesk shelves. I would ship it up to delivery, so after grabbing my 9,000th dildo or homosexual fox book for someone for Christmas. The Amazon job had finally come to an end. 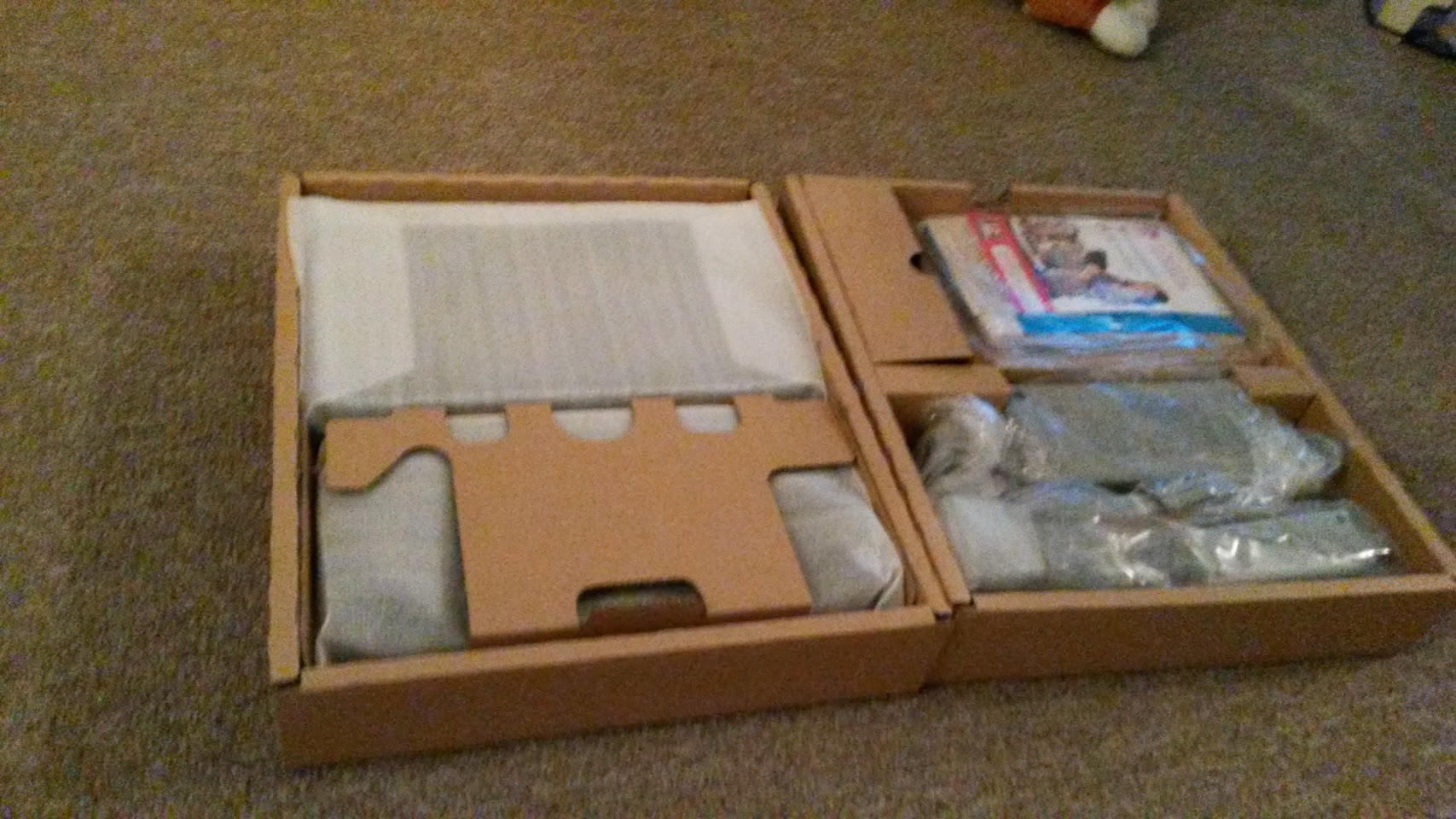 So with a little extra cash in my pocket, I decided I would finally get the Wii U. I bought the 32GB Zelda Wind Waker edition and a Nerf Gamepad protector. This system has brought many hours of fun to my son and my family over the years I really hate that it is going the way of so many failed consoles. Luckily the Wii U is cracked and you can unlock even more power with it, so with that said it is still worth picking up. Since the Death of the Wii U most likely the prices will go up. 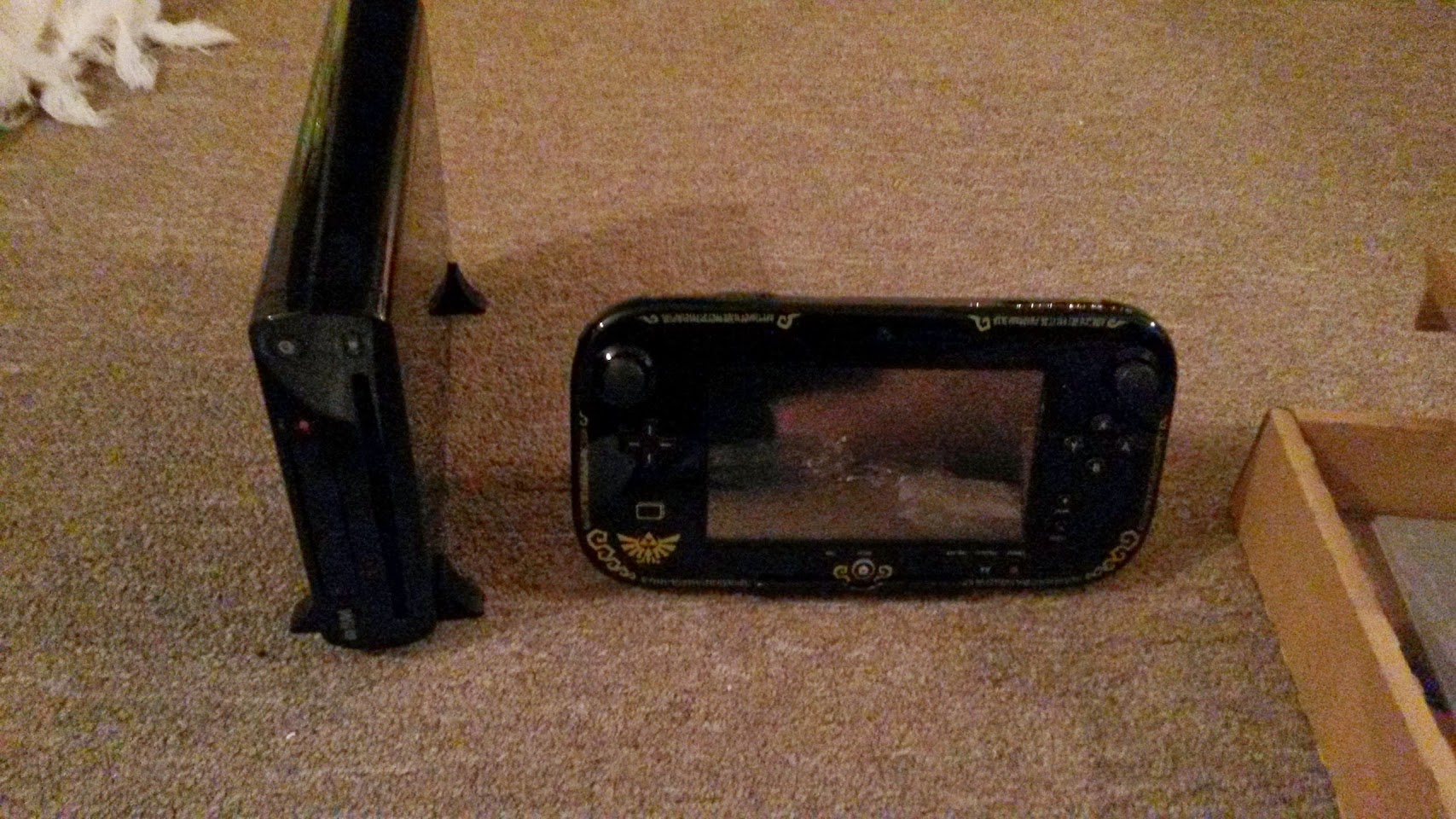 I’ve played tons of games on the Wii U. I have to say the 1st part games are just extremely good, but I’m sad to say there really wasn’t any 3rd party games that are really worth picking up.

Sigh, I get depressed every time I think of how awesome this console really could’ve been. If the 3rd party developers could’ve jumped on board it is untelling how well the Wii U could’ve been, Anyways here’s a small list of awesome games you should get.

Super Mario Maker is a fantastic game it also is available on the 3DS if you have it laying around but I really do believe that is best played on the Wii U. Unless a Switch version comes out anytime soon being able to touch with a stylus really does help with the level design. Pick it up on Amazon – (https://amzn.to/2BPBWst)

If you enjoyed Super Mario World 2 on the SNES, you will absolutely love this game. My son and I played this many hours and the Amiibos do unlock some extra stuff. It does help newer players out and is a great game for kids starting out in the platforming gaming world. I highly recommend it if you have a small child you want to enjoy playing games with. Pick it up on Amazon – (https://amzn.to/2BNZkXC)

Just go ahead and get both 1 and 2. If you are a retro gamer like myself you will have a blast playing these games. It does help if you enjoy doing speedruns and stuff as well. These games are just pure fun and even take some interesting spins on games and even levels. Pick it up on Amazon – (https://amzn.to/2RsNpbi)

4. The Legend of Zelda: The Wind Waker HD

This was half of the reason I bought the version I did, just so I could enjoy Wind Waker with updates. I was pretty unfortunate and didn’t get to play this game on the GameCube where it originally released. I believe this is the best version of the game because it did fix tons of issues with the original release. Pick it up on Amazon – (https://amzn.to/2Ru0MZ6)

Super Mario 3D world gets overlooked quite a bit. I’m really not sure why because it is loads of fun. I know tons of people complained because it would basically let you level skip with a “god mode” enabled leaf. If you are wanting a challenge just don’t pick it up. I think stuff like this leaf helps newer gamers learn how to play and not just give up as it did help my 3-year-old son have a good time playing it. Pick it up on Amazon – (https://amzn.to/2BLyqzs)

Honorable Mentions – Super Smash Bros, Zelda Breath of the Wild, and Mario Kart 8. The only reason I don’t really recommend these games is that there is a better version of almost the same games on the Nintendo Switch.

There are also some great Indie Titles to play but they are virtually on about any other system out there. 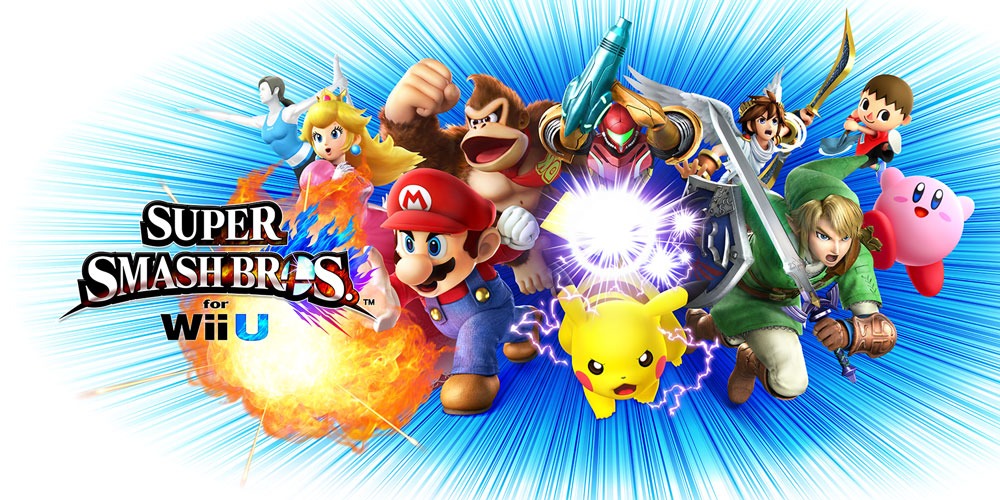 The only online experience I had with the Wii U was with Super Smash Bros and Mario Kart 8.

While both games are extremely fun to play online, the overall “ONLINE EXPERIENCE” with either game was laggy. I have no idea why the Wii U didn’t have a NIC card installed on the main console. You could purchase a USB adapter but WHY. Why did they do this? So you were forced to play on laggy wifi and I’m not 100% sure but I don’t think it supported AC at the time or fasters bandwidths. I’m pretty sure you were lucky to use G at 2.4ghz.

This could’ve been another reason the console flopped as the online age was here whenever this released and Nintendo still TO THIS DAY is lacking in that department. No one wants to send someone a FRIEND CODE to add them to their friend’s list!

Nintendo I love you and your games but you gotta get with the times. I’ll be waiting.

Nintendo Wii u vs Xbox One

How did the Wii U stack up against the bigger boys whenever say the Xbox one was released. Honestly, it was just completely weak. The lack of almost any good online experience really hurt it. That and 3rd party just was none existence while the PS4 and Xboxone literally get every single little good indie game. I remember looking at some kickstaters and finding games that would interest me. I’d see like the FINAL FINAL goal would be a port to the Wii U.

Most the time these goals were never met cause no one cared if the game ever made it to the system. 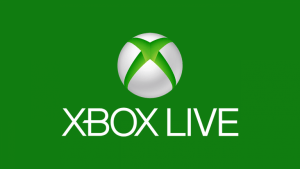 Now the Wii U had some great games. The Wii U was also great if it was your only console and say your wife wanted to watch TV you could just put the game to your pad. This was fantastic for continuing your game and not worrying about how you would play.

Streaming Xbox one to a PC was possible as well but it the gamepad was a better experience. Even though it lacked the ability to go very far from the console. I believe Nintendo found out the hard way and now have made a smash hit with the Switch which has left the Xbox One in the dust.

Like I said before there were no GTA games on Nintendo and as far as I know, there never will be, does this hurt them somewhat… yes. I think what hurts more is never getting Sports games like Madden.

I’m guessing they had to include a Sensor bar since it does have the Virtual Wii console to support original Wii games. I don’t think any Wii U games ever used motion control.

Maybe some of the dance games but I believe that was about it. Really the only good thing about the sensor bar that I could think of. Is if you did have Wii controllers laying around their where supported. So if you just upgraded from a Wii you still could still use all of your peripherals at least. Maybe this was the angle Nintendo was trying to take, a complete replacement for the Wii. It really was just executed so poorly though.

What to do now since the Wii U is Dead

Want to know more about Nintendo Wii u homebrew? Head over to gbatemp.net they got all the information you could ever want so you can play your backup games and homebrew games.

Let’s get ready for the switch now, 3rd party support is on board. I’ve read reports that it’s super easy to port games too, and the name is OK. Head over to my article about the Nintendo Switch to find out more.

Buying Guide/List for the Nintendo Wii U

The Wii U did fail. That being said I really thought it was a fantastic console with great games. Great games that have now been almost directly just ported over to the more successful Nintendo Switch.

The Wii U offered what they thought gamers wanted. An extra screen that you could pack around. I believe gamers did want a portable console of some sort, but not being able to carry the gamepad to the kitchen without losing connection. Was not what players and gamers wanted. They finally figured that out as the switch is successful already.

Poor and uncreative naming for the console. The Wii U just falls short of not getting developers or gamers interested in it. True hardcore Nintendo fans still really love the system and I’m sure it’ll stick out as a cult favorite for quite some time.

Be sure to follow me on the twitter box and let me know if you loved the Wii U or have decided to pick up on to add to your collection!