This might be a Dying Light PC Review but it can go for any system.

Dying Light puts you in the place of a man named Kyle Crane, he is an operator sent in to retrieve a file stolen from the GRE. However, in his efforts in doing so, he becomes attached to attached to the people he meets and then begins to help all of the survivors. The survivors and you were bitten and require a medicine called “Antizen” which doesn’t stop the infections, just prolongs the infection from taking over. Crane alone with a few others will lead the tower into its ups and downs. For the survival of all residents.

Dying light’s core function is parkour, you must use this to escape hordes of the undead in your fight for survival. Crane has to roam the map and search for crates that hold rare materials to craft a deadly weapon to defend yourself. But, It focuses heavily on headshots with your weapons. You can completely decapitate zombies or bust brutally bash its head in. The zombies vary from extremely fast zombies, to slow. Also, runners are the most recently turned, the walkers are the ones that have been infected for some time now. There are even weapon mods that you can make your weapon acidic or even electric. The guns are also realistic, but I feel like they could use some work with attachments and more variants. There is a large variety of them though.

The game also includes an extensive skill tree. Varying from melee to stamina and even your crafting capabilities can be upgraded. It really comes alive after you get some really nice weapons and guns. Night mode brings out extremely dangerous infected which is why you want to stay in a safe house till morning. If you purchase and play this game you will not be disappointed. Also, Goodnight and good luck. 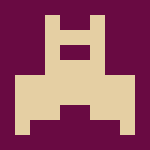