Over the last 50-years, America has been making decisions that have led to the beginning stages of a systematic collapse of society and western culture.

We find ourselves now on the brink of total economic devastation. All of us feel it, see it, and know something isn’t right. But the vast majority of us aren’t completely sure what happened.

Beginning in the 1970s, and led by General Electrics CEO Jack Welch, American businesses concluded that a public corporation’s primary allegiance is owed to its stakeholders and not its employees.

Welch believed that companies should seek to lower prices and increase profit margins by transitioning all manufacturing offshore, at any cost.

He is quoted saying, “Ideally, you’d have every plant you own on a barge to move with currencies and changes in the economy.”

These actions, by a CEO who was very highly regarded, spelled the beginning of the end for our economy. Many corporations began to follow suit. GE began to hold “supplier migration seminars,” informing their suppliers that if they didn’t acquiesce to their new plan, they would shortly be out of business.

From the 1970s until the 1990s, large swaths of manufacturing industries relocated to alternate countries. However, the internet boom of the 1990s changed everything. Technology and economic globalization rewrote the labor dynamics of our country, again.

No longer were “white-collar” jobs safe from the offshoring of employment. Firms now had instant access to an educated workforce from the entire planet, willing to take less than American living wages to do the same work.

These two acts, more than any other, solidified the process of corporations manufacturing in one country and selling products in another. We became a society that no longer manufactured, or researched and developed a large majority of the products we use. These were two of the first major modifications that led to the system we have today.

The second modification, and one which is often overlooked, was the creation of Just In Time (JIT) shipping and manufacturing. JIT was created in the 1970s by Taiichi Ohno, of the Toyota Motor Corporation, as a means of meeting all customer demands and completely eliminating waste.

JIT is an inventory strategy process that involves ordering and receiving inventory for production and customer sales only as it is needed to produce goods, and not before.

Although JIT was introduced to the American market in the 70s, Americans wouldn’t be able to truly grasp its concepts until the 1990s, with the introduction of the book “The Machine That Changed The World”, by James Womack.

Womack made the concepts of JIT more accessible to US companies, which soon adopted the strategy.

However, JIT is incredibly sensitive to the external environment in which it is implemented. The entire concept of JIT requires seamless interaction between manufacturing sites and an interconnected shipping system. If, for any reason, the shipping system were to be delayed the manufacturing of goods is forced to cease production, as there is no supply of product or material in backup stock.

If, for example, a pandemic were to shut down supply lines and shipping ports are overcrowded due to unfair labor demands, underpayment, and increased demand, one could foresee JIT collapsing.

… It Progresses And Consolidates

The third issue, but not the least of which, is the federal government’s lack of desire to regulate corporate mergers. Ideally, capitalism is supposed to create competition between businesses, to urge businesses to produce higher quality goods and services to attract customers.

“If we will not endure a king as a political power we should not endure a king over the production, transportation, and sale of any of the necessaries of life,” said Senator John Sherman in urging Congress to pass the Sherman Antitrust Act in 1890.

However, in today’s economy, a large swath of the products we use are owned by single companies. For example, PepsiCo owns the brands Quaker, Frito, Aunt Jemima, Nerds, Laffy Taffy, Tropicana, Gatorade, and approximately forty other brands in the food industry.

15% of all available houses in the United States were snapped up by investment corporations in this quarter. Blackstone, the world’s largest private equity company made a $6 billion deal to buy Preferred Apartment Communities. The Wall Street Journal reported that an investment firm won a bidding war to purchase an entire neighborhood worth of single-family homes in Conroe, Texas.

On January 1st, 1983 the internet was created in America. Although we are the inventor of the technology, Americans pay higher prices and have slower connection speeds, on average, that the vast majority of the developed world. The reason for this phenomenon is, that most Americans have no choice in internet providers. Thanks largely to the power of monopoly corporations like Comcast, Charter, and AT&T, millions of Americans still do not have a real choice when it comes to their Internet service.

The Pain and Inevitable Outcome

The three aforementioned reasons for our current economic situation describe only a few of the transitions which have led America here. There is a multitude of other factors which haven’t been explained, including the repeal of Glass-Steagall, Citizens United, the systematic destruction of governmental regulation, the upward transfer of wealth to the extremely wealthy, and the transfer of the entire American tax burden to the middle-class. All of which would require multiple books to detail.

What can be said for certain is that Americans are feeling the burden like many never have before. We are seeing food prices that families can not sustain. Fuel prices limit our ability for transportation. Housing prices are rising faster than inflation. Inflation is at record levels. And corporate monopolies make the highest profits in the history of the world.

Our current trajectory is unsustainable. It is apparent to everyone, except our political and corporate leaders, that a collapse is inevitable. Unless our government and corporations reevaluate our current system, we are on a path to an economic collapse and dystopian future, the likes of which haven’t been seen since the great depression. 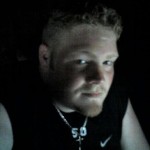