Frightened Beetles sounds sound like they are made by one person probably using their mouth, especially for the death sound.

Got to the music in one part of the game it sounded ok.

Frightened Beetles was made by an indie developer, 2D graphics. 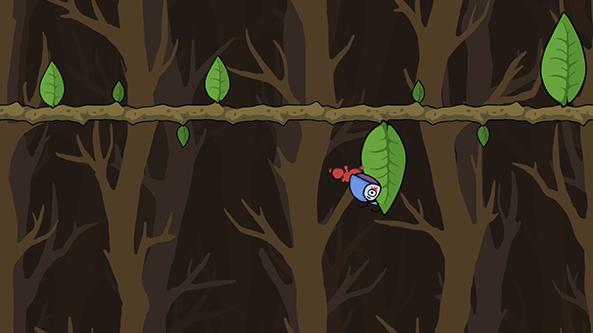 Perhaps an endless runner. You must dodge certain leaves. Some leaves are darker and you can run through them as they don’t hurt you. Something scares your beetle which causes you to run. I’m not sure why a leaf would hurt a battle.

Frightened Beetles overall it is a free indie game. I would guess the developer was wanting to show off some of his skills of game development. It’s not a game changer but it’s not bad.

3/5 for a quick game to pick up and play and kill some time.