The internet is a great place to find information, but THERE is a lot of it everywhere…. so let’s tidy up the information about the Nintendo Switch. 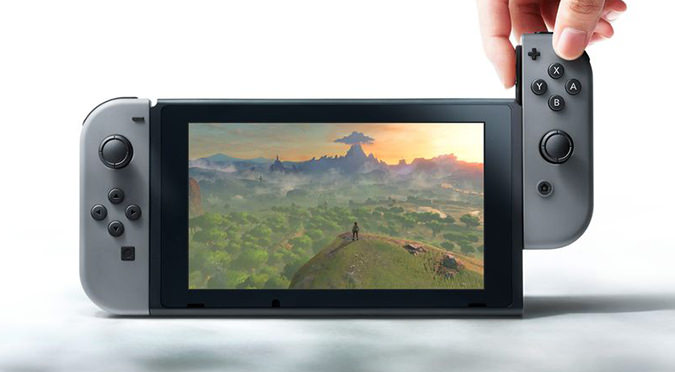 This means you can play Imported games without restrictions.

Question – Should you get the Nintendo Switch at launch?

Answer – If you have a Wii U, then NO Zelda Breath of the Wild will release on it as well. Unless you you have a Zelda fan in the household then they probably already have it or want it on the Wii U. My rule of thumb is to stay clear of the first batch of consoles anyway anyone remember the White Xbox 360s? But, the Wii You is dead now so perhaps you should get the Switch if you want to get Breath of the Wild.

Questions – What are the benefits of the Nintendo Switch?

Answer – The Nintendo Switch looks to be a great gaming device, it’s really a Portable Device, I’ve always loved the Nintendo Game Boy I can’t imagine I won’t love this as well. The great part is I can just dock it to the TV if I want to do couch gaming without any special hookups with is great. If I wanted to play a 3DS or even capture footage, it’s almost impossible without spending tons of money.

Question – When should I purchase the Nintendo Switch?

Answer – Late 2017. They have 3rd party support lining up. I suggest waiting for Mario Odyssey as it probably will be the “Killer App” of the system.

It is recommended that you pick up an SD Card for the Switch as if you can see above that it only comes with 32GB of memory. That isn’t a lot especially if you plan on downloading a game and having a place to store them. Most games won’t require that much storage if you are however buying the little cartridges. Am I the only one that’s glad that Nintendo is back to using Carts? It just feels better than a disc to me.

I’m pretty sure the Nintendo Switch supports just about any SD card and max amount of storage you can throw at it.

The kickstand doesn’t seem very sturdy. Hopefully they will release a case or something that gives it a bit more of support.

I’m sure this was due to some kind of design I’m sure and cutting budgets out where they could so they probably cheaped out on the kickstand. 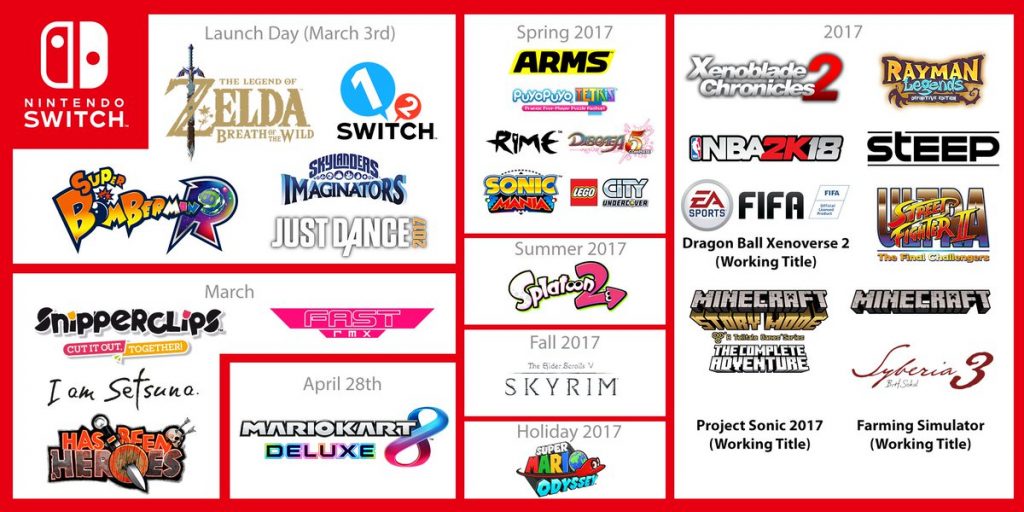 While there will be tons of games in the future for the Switch. I’m mostly looking forward to Super Mario Odyssey which should come sometime in December. Below are the games that are set to release with the Nintendo Switch on March 3rd.

The best game out of the bunch is Breath of the Wild it seems and probably Super Bomerman R.

The specs are directly off the official Nintendo website.

Be Prepared to update

Just like with about any other console or tech product you can buy, be ready to update the system right out of the box. I’m assuming as soon as Nintendo learns of a day 0 vulnerability they will patch it asap. Unless you plan on playing this offline for the majority of the time they you best get ready to update.

Let’s hope the Nintendo Switch is a hit

Let’s all hope the Nintendo Switch does a better job than the Wii U did marketing and selling itself. I really think this console whenever it comes to the EOL will be remember as a megahit.

I hope this little guide helps someone looking to purchase a switch in 2017 and in the future. Below are some SDCards I’ve used over the years fill free to them with the Switch to expand your storage.