Thanksgiving is over!!! You know it’s something that you kind of look forward too, but then its kind not. Meeting up with family members you haven’t seen in months all getting together and stuffing your face, it’s a tradition america shares. I for one is glad is it gone and over with, now on to Christmas the easiest of my favorite holidays, celebrate the birth of the lord and savior Jesus Christ, a lot of the latest video games systems, and games come out.

Even though I’m older and I don’t look forward to the latest games cause most of them seem like a copy and paste repeat every year… *COUGH* Call of Duty *COUGH* at least it looks like people are finally getting sick of it. I recently picked up a Nintendo “New” 3DS and is already easily one of my favorite systems. 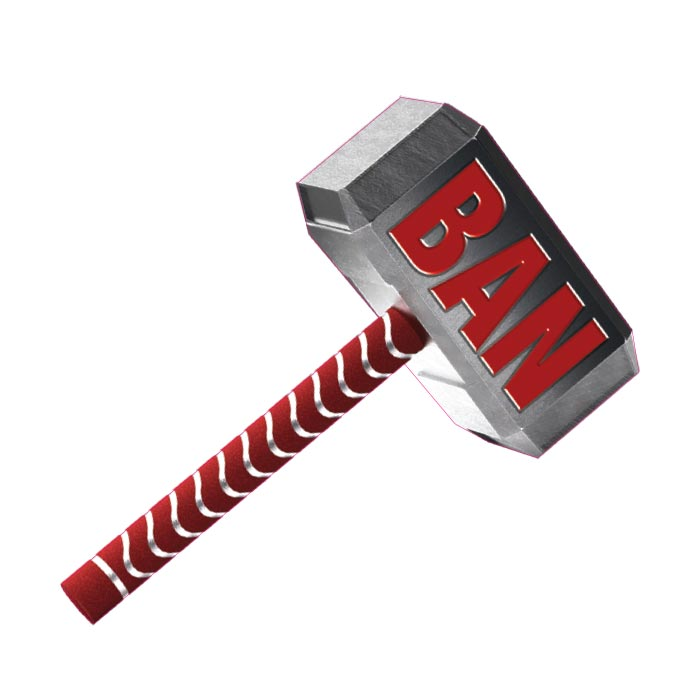 Over the break or right before it, there was a wide ban of all the hackers/crackers that downloaded the illegal version/copy of Pokemon Sun and Moon and Nintendo flat out bricked the whole system to some! That, in my opinion, was a bit extreme, at least ban them from playing the game but they obviously had to buy the hard ware from somewhere something had to be done though. To bad Nintendo can’t do anything about me using my R4ids card I bought years ago so I can still pack around all these sweet DS games and Emulators and play them all on my 3DS. Although Nintendo does update the system all the time which usually kills it, to bad I have a sweet Nintendo DSi for that reason to update my card. Anyways I’ve picked up almost all the Zelda games besides Majora’s Mask for the system now. I will tell the truth though, I’ve never bought a Pokemon game in my life but I did pick up Sun this month as well, me and my son love playing it together.  It’s pretty good, it has great reviews all across everything so I figured hey why not. He loves feeding the Pokemon and stuff which I hate doing but its part of the game and really its meant for a younger audience but its still tons of fun so far. 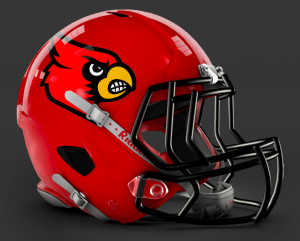 Kentucky football. To explain how it is to be a Kentucky football fan… There isn’t many words, but we don’t get much paid back being fans, we are mostly known as a basketball school. Which is pretty much true, but man I love some Football too. I don’t keep up much with NFL, there are no close NFL teams. So Kentucky football is what I get. It’s been rough this year… VERY VERY high hopes to begin the season. First game we lose to South Miss…. a Team… We should’ve smacked all over the field which we did the first Half… Then I just do not know what happened after that. We had just fired the Offensive Coordinator! Anyways we start the season 0 – 2 and I’m just already sick of the year I’m like why am I investing my time and effort to watch this team every saturday.

We pick up the pace! Mark Stoops takes over the defense, changes are made we bench our Nose Tackle Matt Elam which was suppose to be a superstar stud, I’ve seen this human in person he looks like he could eat 2 of me, yet he cannot get any penetration in the middle, so MR. Pringle takes over and everything is almost instantly better in the middle.

I was fortunate enough to get tickets to the Georgia Game this year, The Stadium was easily the best environment I have ever been too. Me and my wife had a blast, if we would’ve won that game I would’ve stormed the field easily. So much joy was had, people was chanting, screaming. It was awesome… to bad we didn’t win.

So we beat Austin Peay, very boring game, we started out sloppy which made me sick to my stomach thinking the same old Kentucky team was about to show up, but we pulled off the W, and we are officially Going BOWLING In 2016!!!!!!! Awesome right!

But wait… IT GETS BETTER.

Picture this Heisman trophy contender from Louisville KY, our #1 rival in the state 100% I can’t stand Louisville. If you are a true KY fan you hardly can stand them either… I don’t hate them so much that I don’t like the Color red… which is odd I heard a lot of people do, that sucks cause Red is in my top 2 colors at least, and Louisville wears black and red on uniforms I have to admit it looks sweet. Anyways that is all the credit I’m going to give the cards, they have awesome uniforms nothing else. Louisville fans are whining that they should be #2, they lose the next game drop to #5 they are out of the national championship. HA!

We play Louisville, honestly no one really thinks we have a chance against them, not even myself I’d admit. But, guess who showed up to play. KENTUCKY.

Louisville thought they was going to walk all over us, Vegas had University of Loserville a 27 point favorite, and it was on their TURF.

WE played our asses off. We got the W, and the boys in blue came back to Lexington WINNERS. 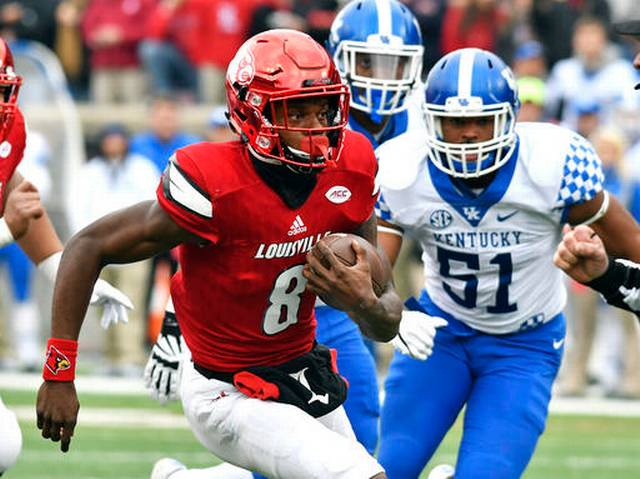 So great, UK football is 7 – 5 going into the post season and is going to finish above .500 this year!