10. Power
– If you are a 90s kid you remember the old ads of Genesis does what nintendon’t cause of its “Blast Processing”. In case you didn’t know that was just a marketing ploy, but today a PC packs away bigger punch than a console ever would. They promise 4k gaming for a $300 console. That’s not happening, I can promise you that. 4k is very expensive and very graphically intensive, to really enjoy 4k gaming I suggest 4k at 60FPS, consoles at this point in time come nowhere close.

9. Upgradeable
– Unless you like trading in your console every year like people do with cell phones there is no way possible to add more power to your device, “Luckily” you can trade in for an updated console just like a cell phone (no one really wants to do that) for a bit more power. PCs, on the other hand, everything can be replaced. Say you need a better GPU, check go upgrade it for a lower price than you ever would for a console.
Gigabyte GeForce GTX 1070 Mini ITX OC 8GB GDDR5 Graphics Cards GV-N1070IXOC-8GD

8. No “online” Subscription
– A gaming PC requires nothing for you to play online with your friends. Plain and simple, save $50 a year. 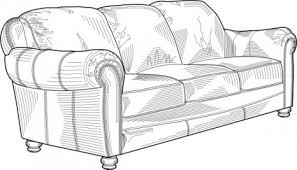 7. Couch Gaming
– Whoever says you can’t play PC games with a controller is mistaken. Windows support the Xbox controller right out of the Xbox without having to do anything, unfortunately, if you want wireless you will need a special adapter. PS4 controllers are Bluetooth so they are supported but need a little extra love to setup, but no one said you had to use console controllers anyways. Logitech has been making controllers for the PC for years, and with the ability to hook a PC up to a TV nowadays with HDMI just make its all better.

6. MMORPGs
– Really this is the only way to really experience MMORPGS, there are way too many buttons, chatting, and other things that need to happen during raids/instances that it would be impossible to throw all that action on a controller. Try playing WoW with a controller, and guess what its “possible” only on PC.
World of Warcraft – PC/Mac

5. Exclusives
– I laugh at this one every time; someone wants to argue with me that consoles have better exclusives. I’ll just leave this here. 1977 – 2013 Thanks, Reddit! If I throw a emulator into the equation just forget about it. I’ll admit though that some of the new consoles have pretty sweet new games that never make it to PC. Halo, GOW, Mario… etc.

4. Precision
– There is no comparison if you like First Person Shooters than aiming with a mouse on how accurate you can be.

3. Multitasking
– Try to browse facebook and kill a horde of goblins on Diablo III tell me how that works out for you.
Grab dual displays and its quite easy to go back and forth between stuff, check your email while upgrading your new sword.

2. Personal
– You can’t have PC without the P. The P is personal, you get to build, upgrade, have your system look however you want, the limits are almost endless. Don’t like Windows? Install SteamOS and its Free, the Linux steam library is insane these days, better than I ever could imagine. Want to install lights on your case sure do it. Consoles have this ability… sort of. But not without installing a modchip or something else. Consoles aren’t meant to really be tampered with. Let’s all be honest, though, consoles have become nothing short of bad computers without all of the cool stuff you can do. 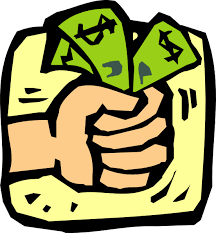 1. Saving money on Games
– With the digital age upon us, it is super easy to get games now. Without physical media required, games are almost DIRT cheap on PC. I have a huge pile of shame on my steam account, I have more games than I ever will play. But that would happen without all the awesome deals, humble bundle, steam sales, FREE give away. It’s endless and saves you tons of money in the long run. I’ve seen AAA titles come out at $35 ON LAUNCH, good luck getting a deal like that on Xbox.

– Get your loved one an amazon gift card, referred by us here at kentuckynerd.com! It helps out the website, running a website isn’t free and we need all the help we can get, we try our best not to have spamming ads everywhere! Thanks!